With just over a week left before the official launch of the Samsung Galaxy S20s. The new Samsung GalaxyS series is going to be referred to as the S20 series, not the S11s. We’re in the year 2020. It looks like Samsung is Back with a King Update with that, because we do have quite significant updates compared to last year. This is all but confirmed. We’ve already seen the S20 branding on some leaked renders, as well as a boot up screen on an S20+ device. 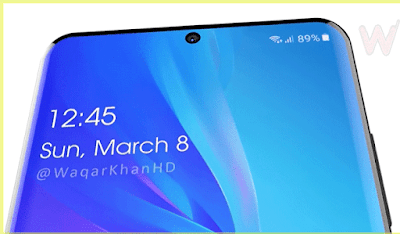 Now, this year, like we had last year, we are going to have three Samsung Galaxy S20 devices, the S20, the S20plus, as well as the S20 Ultra. Now, the S20 and the S20plus are going to come in 4G
or 5G versions, but it looks like according to rumors the S20 Ultra is just going to be available in a 5G version.
Samsung S20 Display: Now, let’s talk about displays, so firstly,the
sizes, the S20 is going to be the smallest with a 6.2-inch display. The S20plus with a 6.7-inch display, and the S20 Ultra with a massive 6.9-inch display. We’re almost getting into tablet size category here,but of course, the bezels are going to be very, very small, smaller than what we’ve had in previous years. This is going to give usa 20 by nine aspect ratio, which is also slightly longer compared to what we had in 2019.
All of these displays are going to be Dynamic AMOLED displays with quad HD plus resolution, so they’re going to be sharp,vibrant, some of the best displays in the market, and this year, they are all definitely will work with 120 Hertz
refresh rates. This is something that Samsung didn’t include last year, so very excited to have that smooth refresh rateon the new S20s, however,there is a catch.From all the leaks and rumors that we’ve seen right now it seems like when you do go
on to 120 Hertz, you are going to be limited to full HD plus, not quad HD plus, so details aren’t getting to be as sharp.
Samsung S20 Build Information: Some of you may be pleased to know that although the devices are going to have curved
displays, they’re not going to be as curved as what we’ve had in previous years. The recent trend seems to be waterfall displays, which are very, very curved towards the edges, but it looks like Samsung is actually going away from that, and going for something that’s still curved, but not as curved as before. We’re still going to have a metal and glass sandwich. However, for the Samsung Galaxy S20 and Samsung Galaxy S20plus, the frame is going to be aluminum, and for the Samsung Galaxy S20 Ultra.
We are going to have a stainless steel frame, being the more premium device. All of the devices will be IP 68 water and dust resistant, but we do have a major improvement, and that’s that you’re going to be able to submerge these in water up to 5 meters, which may be a big improvement compared to the around 1.5 meters that we’ve had in previous years. 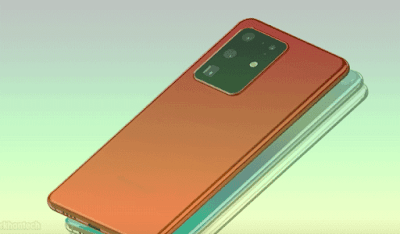